An 8-page, tongue in cheek research feature for Monotype’s Recorder magazine on early videogame typography. I present ten examples of the form, a practice that was often constrained to grids of just 8x8 pixels, and examine the unique characteristics of this often neglected area of type design. My selections span cult titles such as Atic Atac and Xenon 2: Megablast, to global smash hits Street Fighter II and Doom. 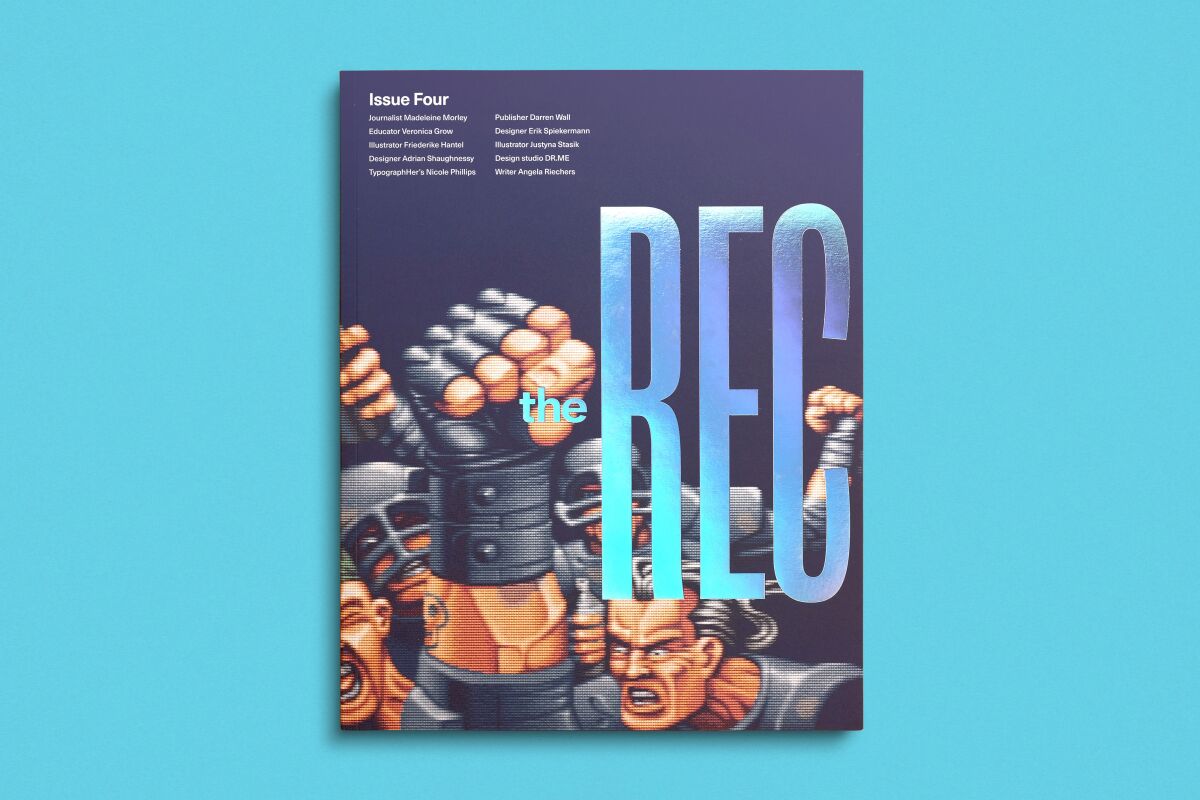 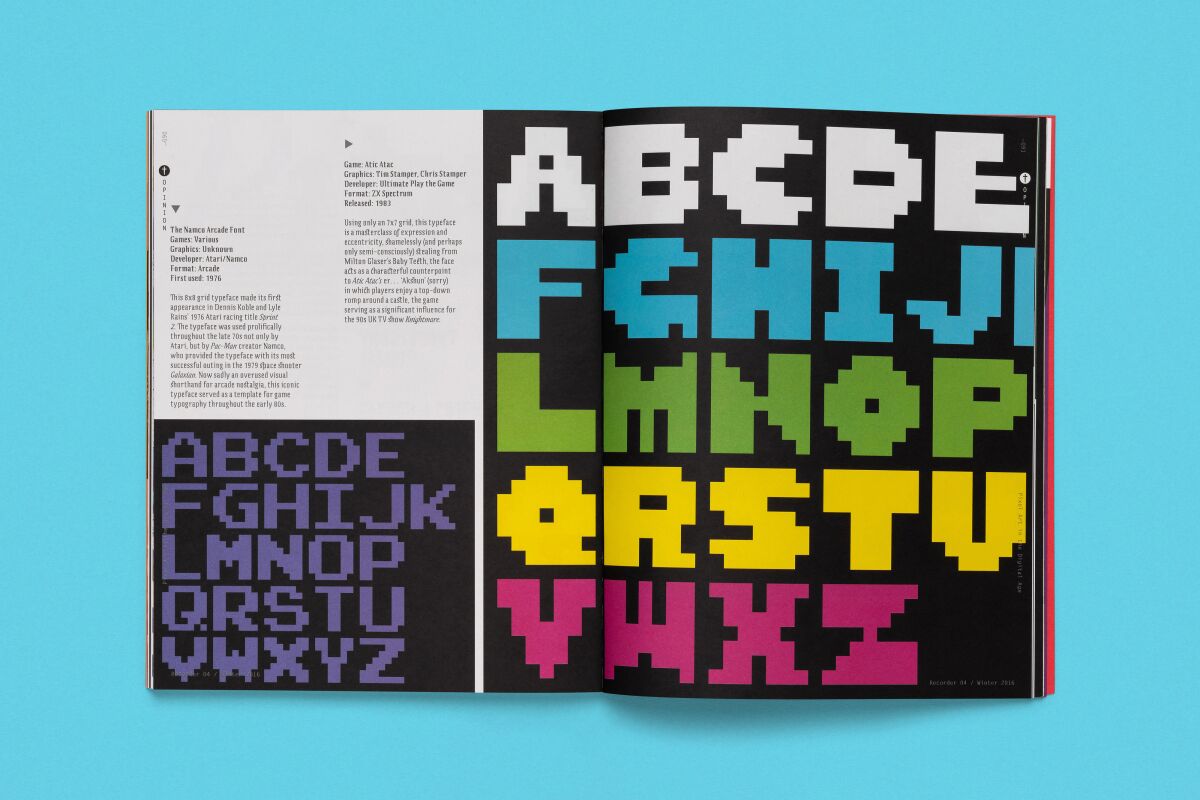 ‘An essential component of early games was clear type, allowing the player to quickly glance their score, status or level, making sense of the game’s abstract dance of shape and colour. And so pixel typography was born, with bespoke typefaces created for every game by coders and artists with, more often than not, no formal training in typography. Their legacy is a rich world of ‘outsider’ typography, driven by entirely different needs and constraints to those of print design.’ 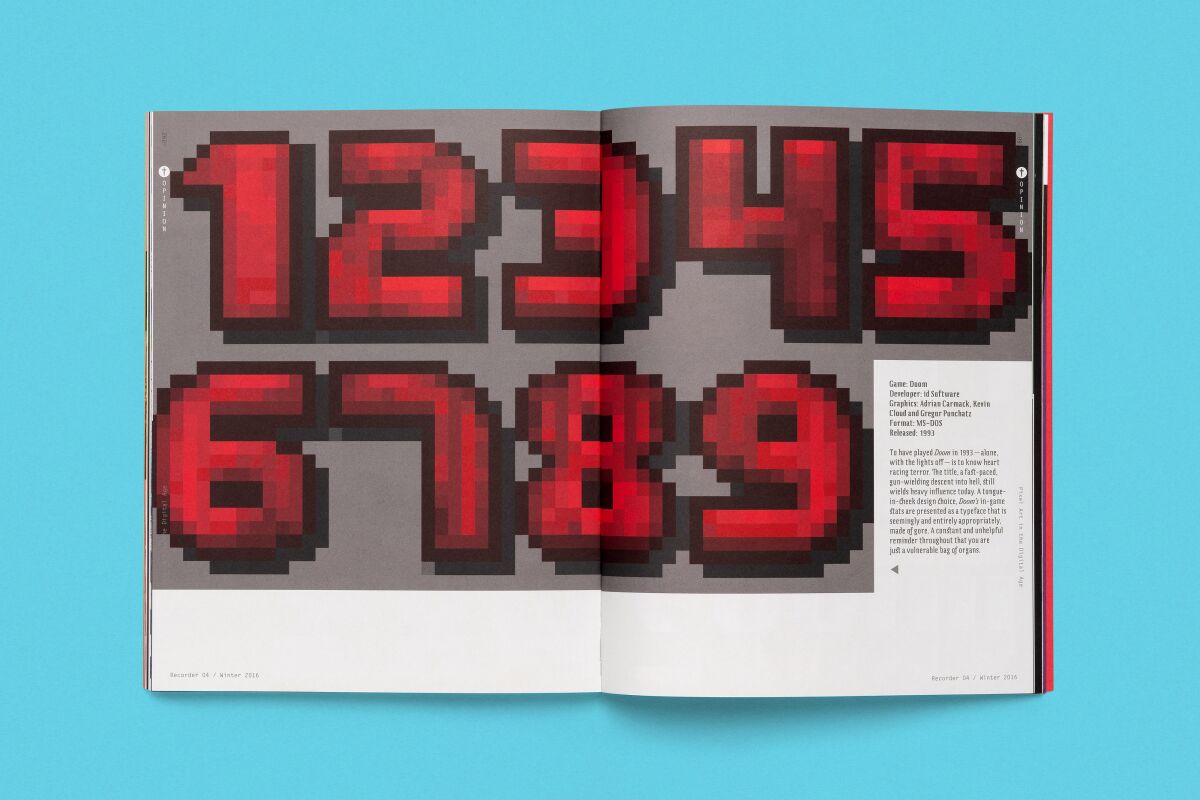 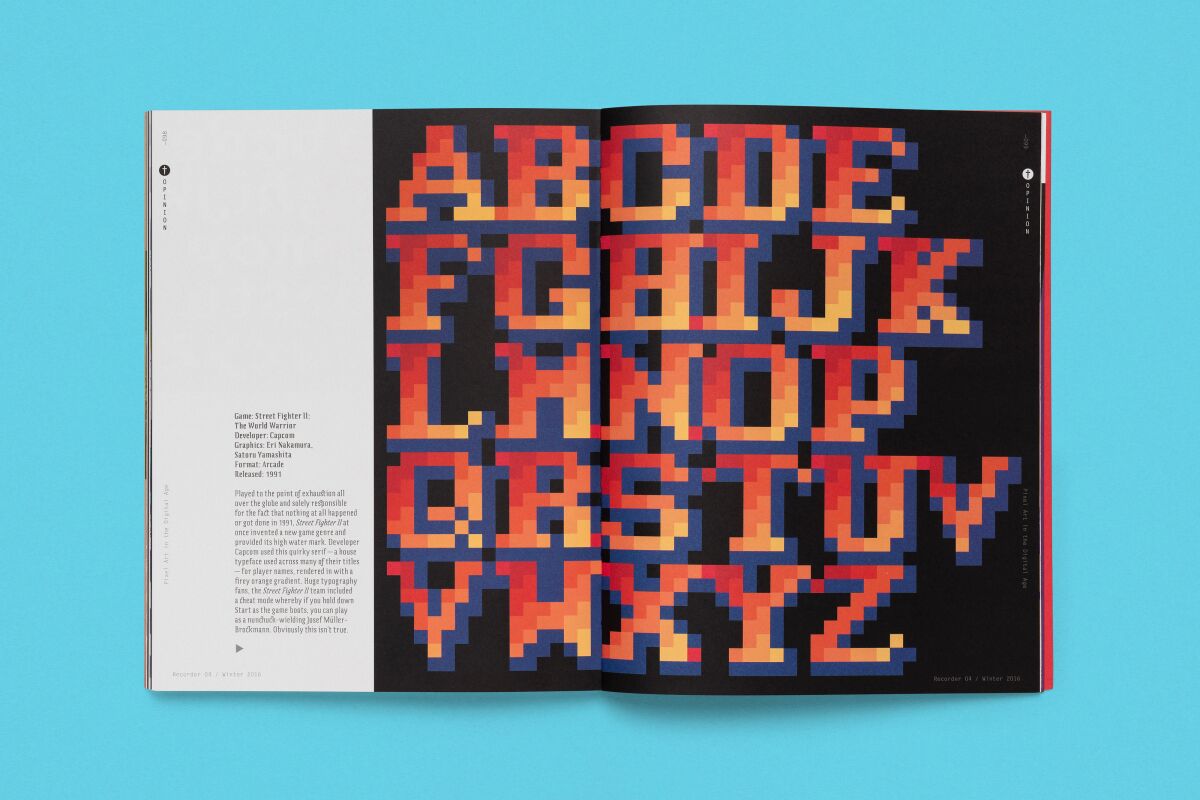 ‘Played to the point of exhaustion all over the globe and solely responsible for the fact that nothing at all happened or got done in 1991, Street Fighter II at once invented a new game genre and provided its high water mark. Developer Capcom used this quirky serif – a house typeface used across many of their titles – for player names, rendered in with a fiery orange gradient. Huge typography fans, the Street Fighter II team included a cheat mode triggered by holding down Start as the game boots, by which you can play as a nunchuck-wielding Josef Müller-Brockmann. Obviously this isn’t true.’ 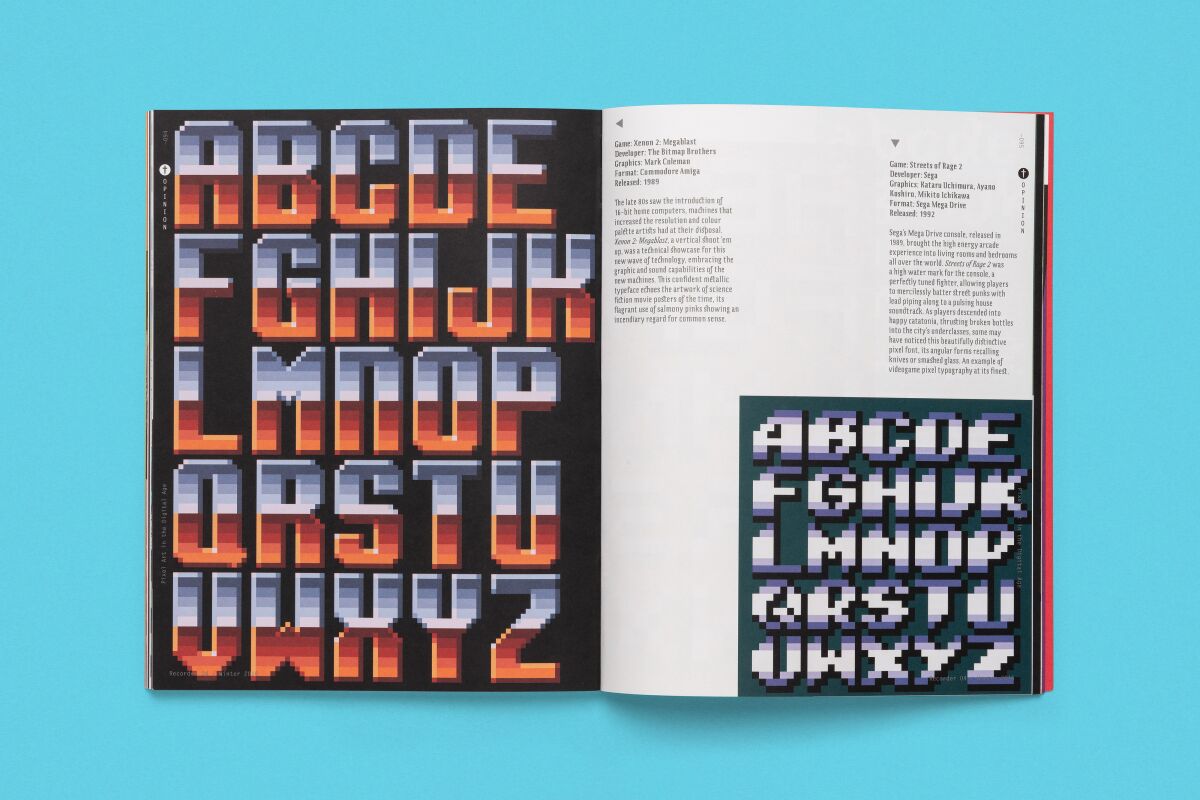 ‘The late 1980s saw the introduction of 16-bit home computers, machines that increased the resolution and colour palette artists had at their disposal. Xenon 2: Megablast, a vertical shoot ’em up, was a technical showcase for this new wave of technology, embracing the graphic and sound capabilities of these new machines. This confident metallic typeface echoes the artwork of science fiction movie posters of the time, its flagrant use of salmony pinks showing an incendiary regard for common sense.’